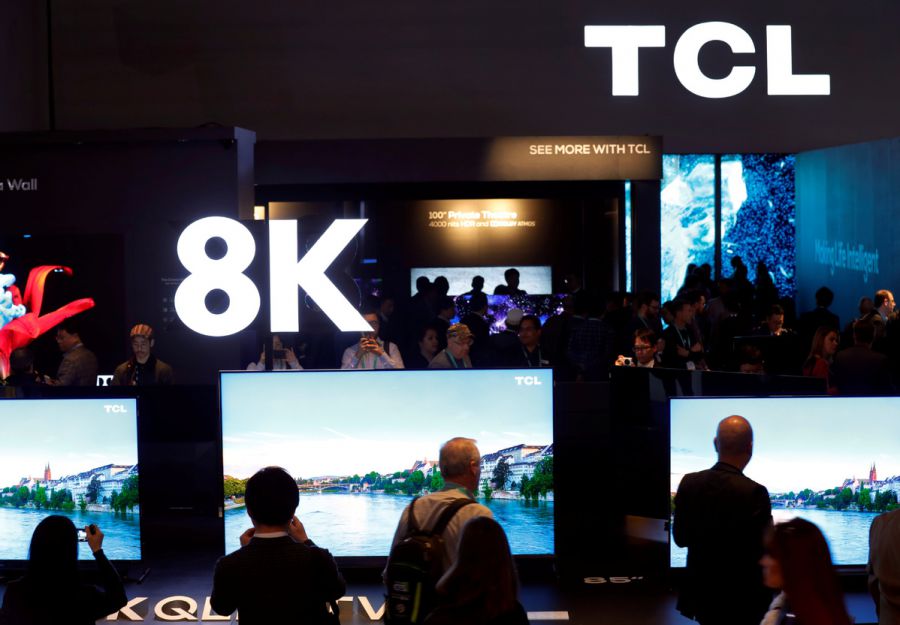 The new Vidrian Mini-LED technology is the world's first TV backlight with the driving semi-conductor circuitry and tens of thousands of micro-meter class mini-LEDs directly infused in a crystal-clear glass substrate, according to the company.

The Mini-LED technology is the next stage in pushing LCD LED TV picture performance to unrivaled levels of sharp contrast, brilliant luminance and highly stable long-life performance, according to TCL.

"We believe that Mini-LED technology will shape the near future of the industry and TCL has already pioneered in applying this technology to TVs," said Kevin Wang, CEO of TCL Industrial Holdings and TCL Electronics.

TCL has also announced that its 8K Roku TV would be launched later this year.

The annual tech show, which runs from Tuesday to Friday, has drawn more than 4,500 exhibitors from over 160 countries.